And so I demand a celebration
I want to dwell on every 'swara' that forms you
Every 'gamaka' used to describe you, makes me green in envy of the singer who sings you
I want to see how you flow as a raaga
My joy knows no bounds when your chords hit my senses
Don't stay away from me for so long
For there is no poetry without you
Come back to me in good measure
Each time you feel I need your dosage...
Posted by Unknown at Sunday, May 24, 2015 No comments:

Smell, completes the ritual,
Instilling a real-life feel to the virtual
Do they smell of imported fragrance,
Fresh tulsi, petrichor or the smell of food that lasts despite a good soap-wash?
This mad smell is what they were dying for,
Awaiting with a heart that overflowed with songs
No cover, no controller, just the songs from the air-waves
Reaching each other in timely moments,
Keeping them sane until they met and smelled to their heart's content
Long, deep breaths, in every pulse point and strand of hair
For they were not images that could be shot
Or tastes that lingered
Smell was all they yearned for.

Staircase leading to the kolam, pond
Moss-laden, slippery
Porus-bricks that looked like blocks of home-made mysurpa
And then khadhar mundu
The air threatening to assume the smells of
the yellow Sunlight detergent and the dark-pink Lifebuouy toilet soap
A specific smell of the village.
Dark-green water with a sheet of shadow and dry falling-leaves.
They stood immersed in water
Nudging each other under the green water cover
Purposefully oblivious about the translucency of water
The slow-rapid growth of their parts
From flat surfaces to little mounds
The waters knew clearly how much they had grown
For they felt the heaviness of the parts, with each passing year.

Washed once, washed again, and again
Until the conspicuously accumulated 'dirt' was removed
Chopped, diced - in geometric shapes
Triangle, square, rectangle, cube
All shapes reflecting the soul of the main piece
Yet every new geometric form threatening to claim importance
Their perpetrator thus sent them for a batch of sun-drying
Dried, wrinkled, they returned,
Yet strong, as though they had digested the rays of the sun
Their vulnerability sent for a sun-bath
Returned with pickled-freshness
Leaving a mouth-watering taste
On the tongue, that stuck-out,
Inviting more vulnerability-
For vulnerability added to the spice
More sun-bath, a whole new process of metamorphosis.

Headlights like ears, and a digital forehead-
A vehicle-kind that descended from the sets of Shankar's Urvasi Urvasi

With its wheels plying on the roads of generation 2K
As much as the song take-it-easy-policy makes you unwind,
Defeating the theory of Charles, elusive it never is.

Rahman and Ilayaraja played alike- drivers with an ear for music.
With the constant rhythm of the conductor's phrase- "ullava ullava!"(come in come in)
He is forever proud, flaunting its miraged sprawling spaciousness,
As though he owns the bus,
Taking account of every inch which was devoid of feet.

Myriad smells of toiletries from the bathrooms of software professionals
Threaten to remain fresh
Circulating within the vents.
With music plugged in, books being read, Whatsapp screens nudged;
Virtual and real talks exchanged,
Laced with warm, familiar smiles amongst passengers.
A feeling of togetherness with the driver and his believers.
No rows assigned for "pengal" (women).
NO Gender Divide. Absolutely NONE.
Greets you with a hiss, when its doors open and close.

The rotund brinjal went to the kitchen
With all the pride of an egotist.
A firm green stem atop,
And a matte-purple bottom,
Resembling the sketch of humpty-dumpty.
Ignorant about hitting its pyre
It seethed with life,
Displaying fullness.
Soon- its heart, pierced, and body burnt
Shedding tears, ego shrouded
Skin wrinkling, fullness shrinking.
Hissing with hesitation, the fat vegetable cried even more
The firm green stem remained
Only as a grip to strip the vegetable.
In all its famished benevolence,
Brinjal dear was soon food for the egotist human. 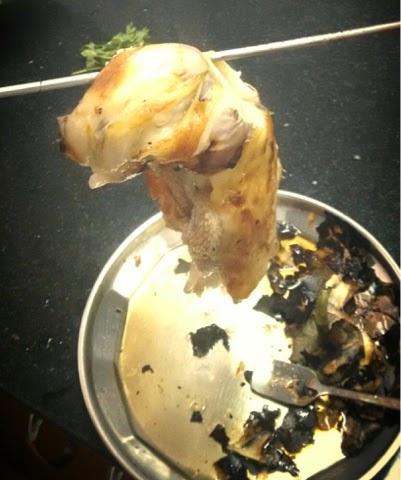 You know what, I know it now!
You are a cusp!
He whispered into her ears
She asked why in amazement
Shades of two
The thrill of being with two women at a time
Both satiating him equally
Like the Parijatha tree
Symbolising Rukmini and Satyabhama alike.
But Draupadi, is aided by Krishna too :
She retorted.
And chose to remain a multi-shaded Cusp
Drinking up mirth from every glass
Living her living by the day
Forgot and remembered things per convenience
Insanely dumb, cusped-madness.

Posted by Unknown at Saturday, February 28, 2015 No comments: