Story behind those popping corns:-

Sunshine-hued pods are blended in an urn-like vessel with a few drops of oil and butter, a pinch of salt and turmeric powder and not to forget-a hint of spice to perk up the taste of the ubiquitously humble snack of the common man-king of corn, popcorn as it is fondly referred to. Introducing, a slice of their street-side life- which is quite unlike their elite presence in malls and multiplexes, that have variants in flavours- caramel, and powder-like embellishments that are tossed to crunchy perfection, of course priced almost ten times higher. “This is not something that one remembers to buy on a daily basis, in fact even you don’t buy this just as often”- quips a roadside popcorn vendor, Abdul Hameed; in the streets of Dhandeeshwaram Nagar, Velachery. When I had paused to buy a packet, I found the glass case in which the urn-like vessel is housed, totally empty with the light of the yellow tungsten bulb beaming through the glass case. Hameed is not done for the day yet, it was almost 9 pm. He had instead tossed in some corn kernels for a fresh bout of the crunchy snack. As the corn kernels are cooked, they automatically begin to pop out and form a heap within the glass case. While I stood watching that, I quiz him on how he gets the power supply for his machine- he points out to an electric line right above which connects with that of a vegetable shop. He shells out a few hundreds as daily rent to the owners of the vegetable shop for his daily existence there. My curiosity only grew when he said that. How much would he possibly make when a pack each costs only a negligible Rs.10/-?! He smiles wryly and says that he only makes about a 1000/- rupees every day. He adds that he has never considered increasing the rate unlike his peers in other locales; for he feels more people visit his stall and that’s exactly what he wants. Sliding some of the popped corn into a plastic cover, and sealing it with the heat emanating from the vessel, he tells me, that he has a floating population of buyers and that such stalls are at their economical best in crowded areas. Hameed, who comes from Taramani, is up and running with his stall at around 5pm daily; when he’s not selling corn, he’s out catering to some electrical and plumbing needs in various households only to make ends meet. Even as I am egging on for some details from him, I find that he is quite good at multi-tasking: While he happily answers my questions, he manages to dish out a cup of sweet corn for a customer in the neighbouring stall, whose owner had just stepped out for a break. This only goes to show the camaraderie that they share; I silently thought. I thank him for the packet of corn which had the following message: King of Corn, Popcorn, Keep Smiling, Have a nice dayJ. As I leave, he asks me, “Vera ethavathu message venuma (do you need any other piece of information)?”Quite like the message on the pack of popcorn he sells, I just return a smile. 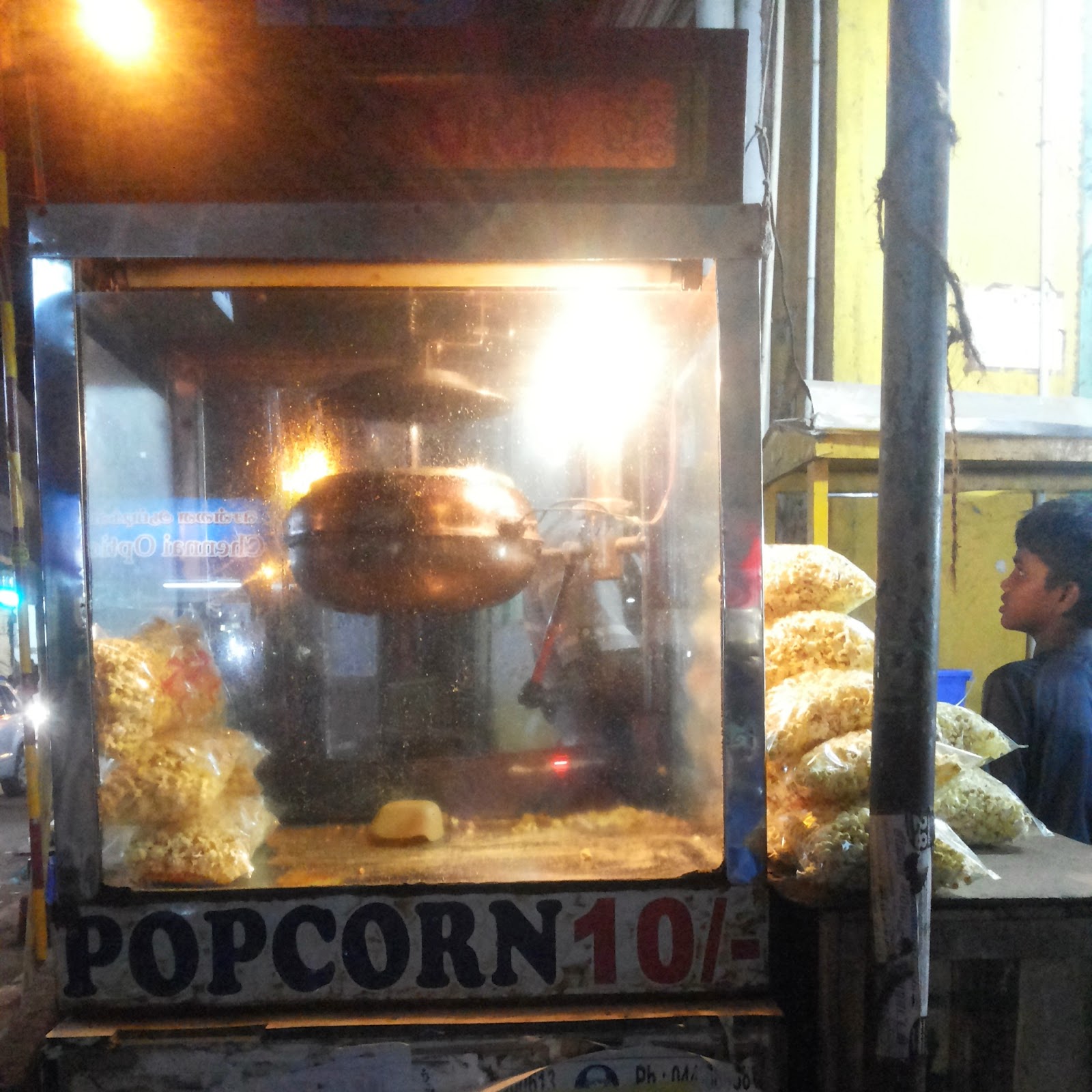 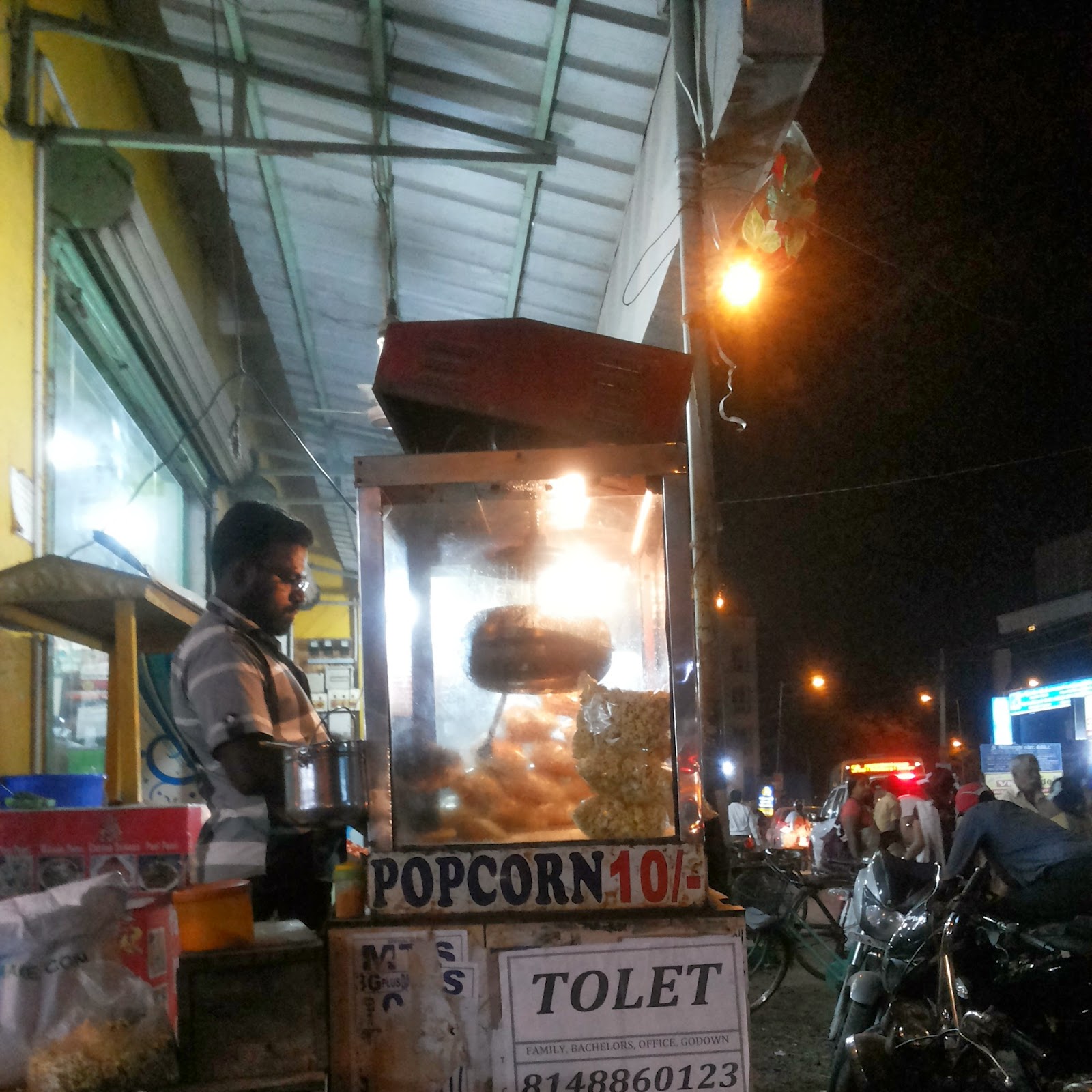